HABITAT and RANGE of the DINGO

The dingo is known as the most prominent wild dog species in Australia, but they are also found all over Southeast Asia.

It is suspected that thousands of years ago, dingoes were introduced to Australia from Asia, in an attempt to domesticate them. The first officially document report of the dingo in Australia was in 1699, when dingoes were distributed widely across the continent, living both in the outback and with the Aboriginal tribes. European settlers sometimes kept them as pets. The maps below show the widespread distribution of dingos.
References: National Geographic: http://animals.nationalgeographic.com/animals/mammals/dingo/
Dampier, William (1699). "A voyage to New Holland". Project Gutenberg. Retrieved 8 May 2009. 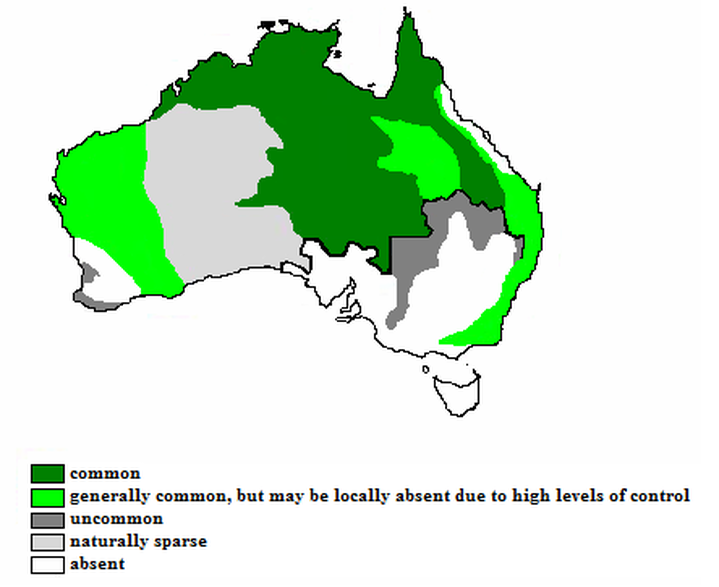 Image drawn after a map in A MANAGEMENT PROGRAM FOR THE DINGO (Canis lupus dingo) IN THE NORD-TERRITORIUM OF AUSTRALIA; AUSTRALIA 2006-2011 PARKS AND WILDLIFE SERVICE DEPARTMENT OF NATUAL RESOURCES, ENVIRONMENT AND THE ARTS, page 4
The population of dingoes is currently due to the greater availability of water, prey, livestock, and human-provided prey. Conversely, the introduction of agriculture in many parts of Australia has led to a decrease in the population due to the establishment of dingo fences.

Dingoes are heavily concentrated in dense, forested areas in the Eastern Highlands, however they are quite scarce in areas bordering South Australia.

Finally, outside of Australia the dingo has been found in: Thailand, Burma, China, India, Indonesia, Laos, Malaysia, Papua New Guinea, Philippines and Vietnam. However, the populations are much lower and the dingoes much scarcer, thus their density is unknown.
Currently there are roughly 200,000 dingoes in Australia, and they are largely considered pests. "Dingo fences" have been established in order to discourage them from entering grazing fields or predating on livestock and pets. 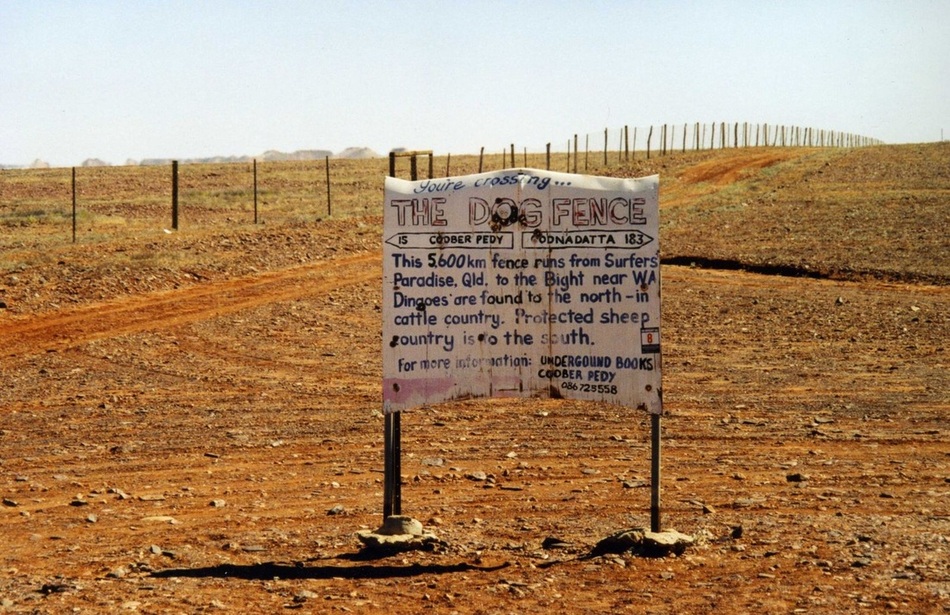 A dingo fence (image courtesy of Wikipedia)
Powered by